What is Biblical Leadership? 6 Principles for Building More Effective Organizations Every life is important. 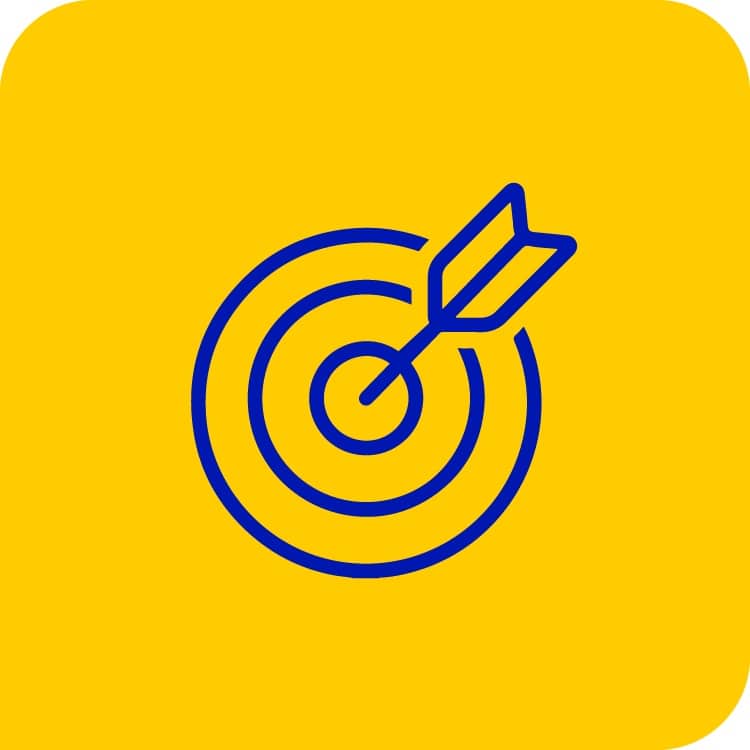 Bringing order out of chaos. 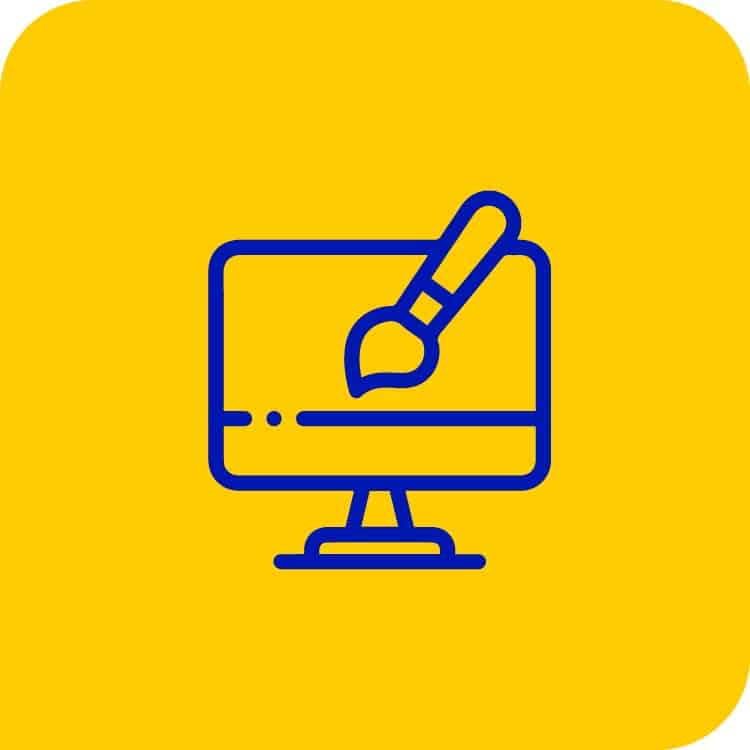 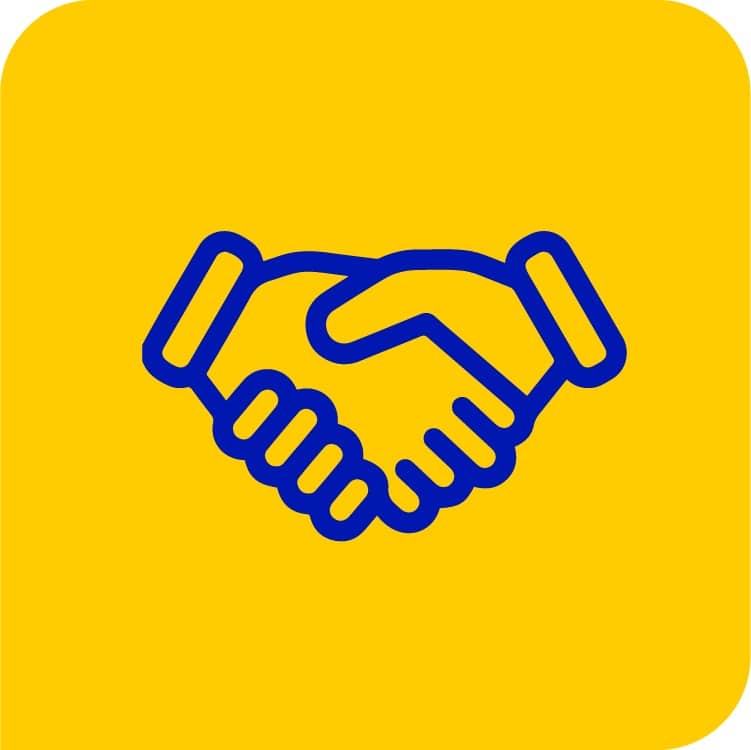 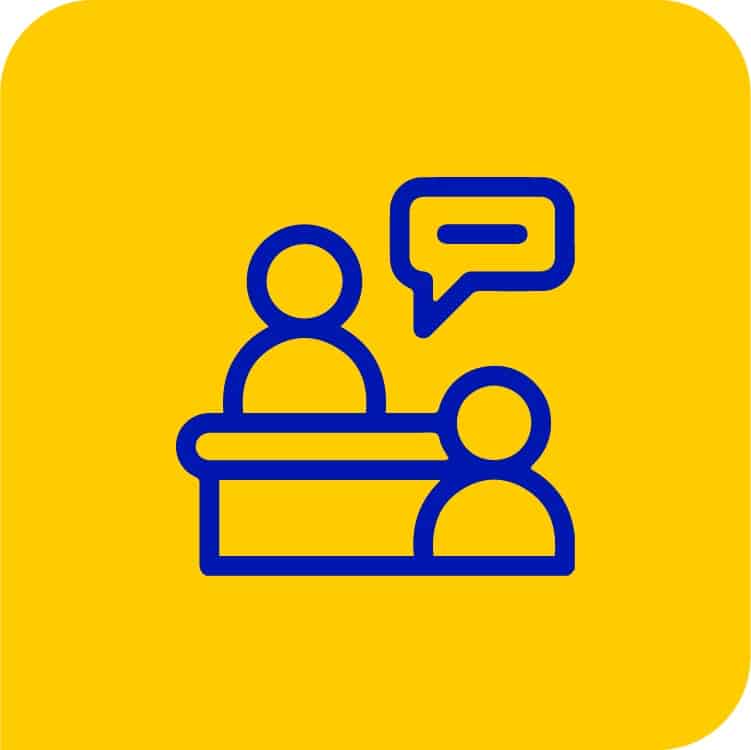 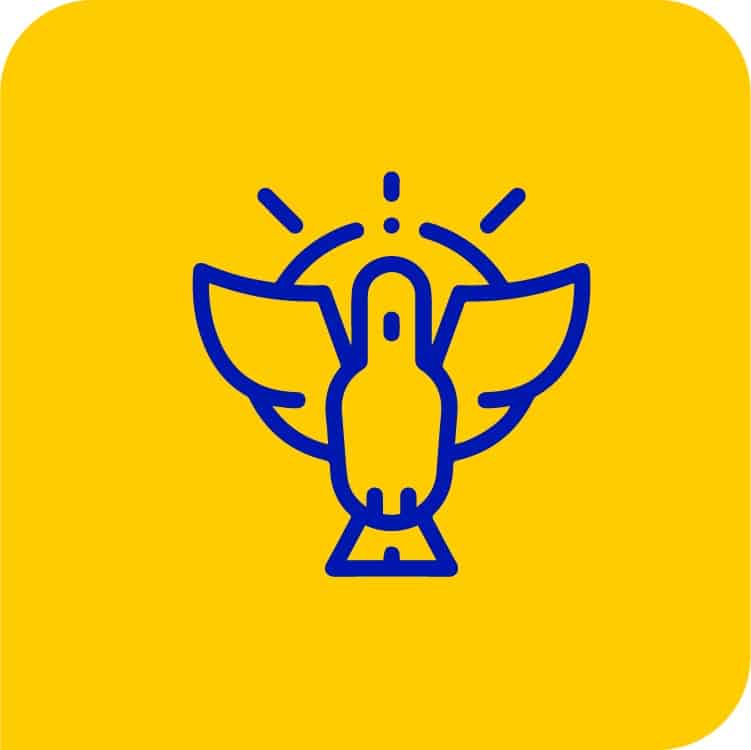 Principle 1: Human Worth – Every Life Is Important

In the creation narrative at the beginning of the Bible, it states that we are created by God and in His likeness (image). This means that everyone has infinite value and worth.

Why do we say infinite?

First, we are created in the likeness of God. As a species, no other creature is like us. Second, as individuals, we cannot be replaced once we are gone. There is no other person like us. Third, we live forever. Even after departure from this earth we still live on another form. The Bible speaks clearly that everyone lives forever, some in God’s presence and some apart from Him. Anything that exists forever is valuable.

These truths mean that an individual’s worth is not what they do, but who they are. Accepting this changes how you relate to each person in your life. It is foundational to biblical leadership. Building on this foundation of a person’s value equips us to apply the principles that follow. 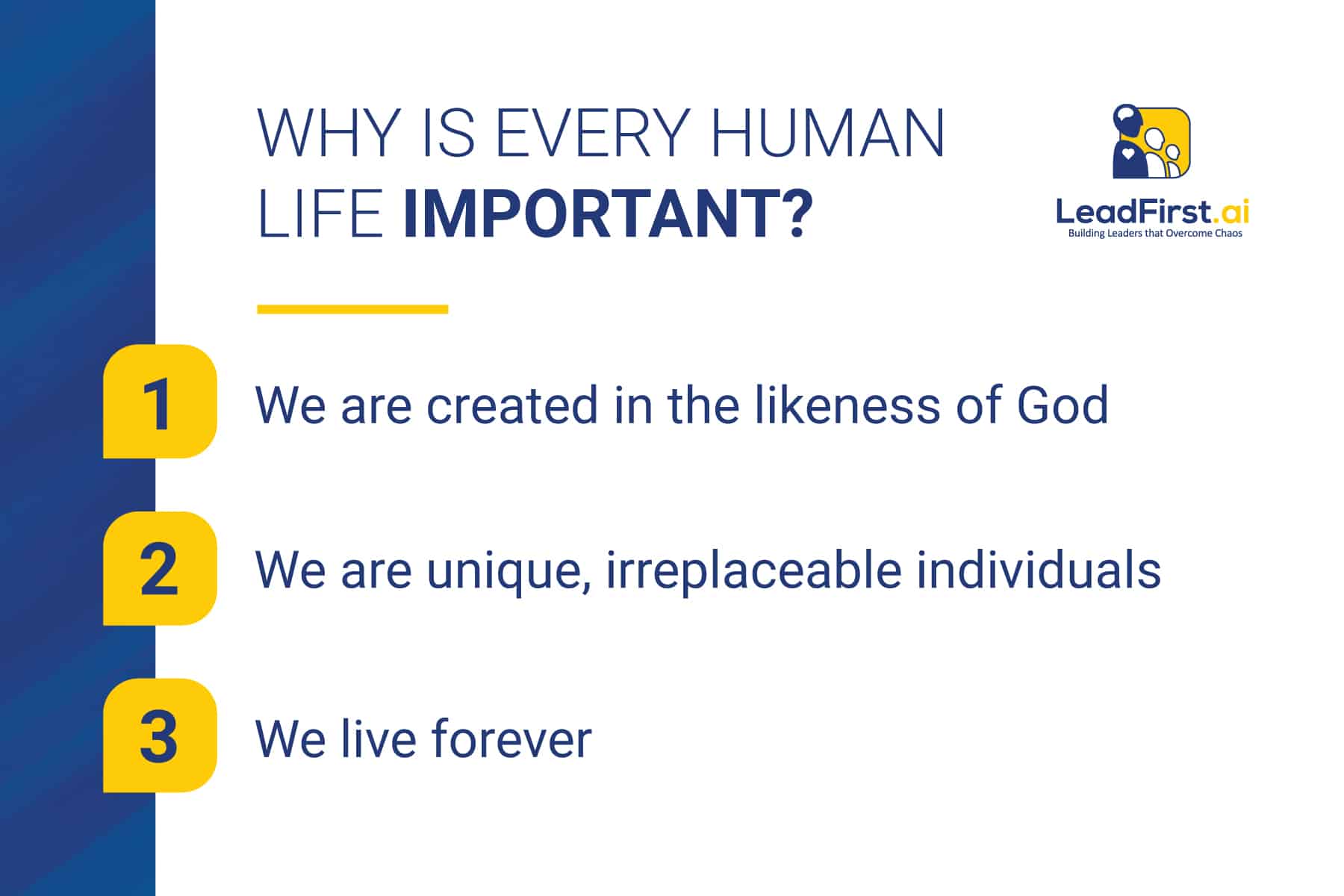 The Bible states that the very first thing God created was chaos. And from that chaos He incrementally brought order to that chaos to serve His purposes.

The creation narrative also states that humans are designed to have dominion over the earth. The Bible is emphatic about this and uses several phrases to express the concept – “dominion”, “rule”, “overcome”, and “mastery”.

This is the essence of biblical leadership: setting purpose and figuring out how to use the chaotic resources around us to achieve our purpose. In this sense, everyone is a leader of themselves. We are designed to lead ourselves and won’t really be fulfilled and living in our purpose if we don’t do that.

It is curious that of all the things God could create; He chose a mini-version of Himself. We are each a “creator” who has raw materials (chaos) available and the ability to do something with that raw material.

Understanding our purpose provides insight as to the root cause for our behaviors, frustrations, dreams and amazing achievements.

Sometimes we think of chaos as a problem, but it’s really our purpose. We are built to beat chaos, not to be its victim. 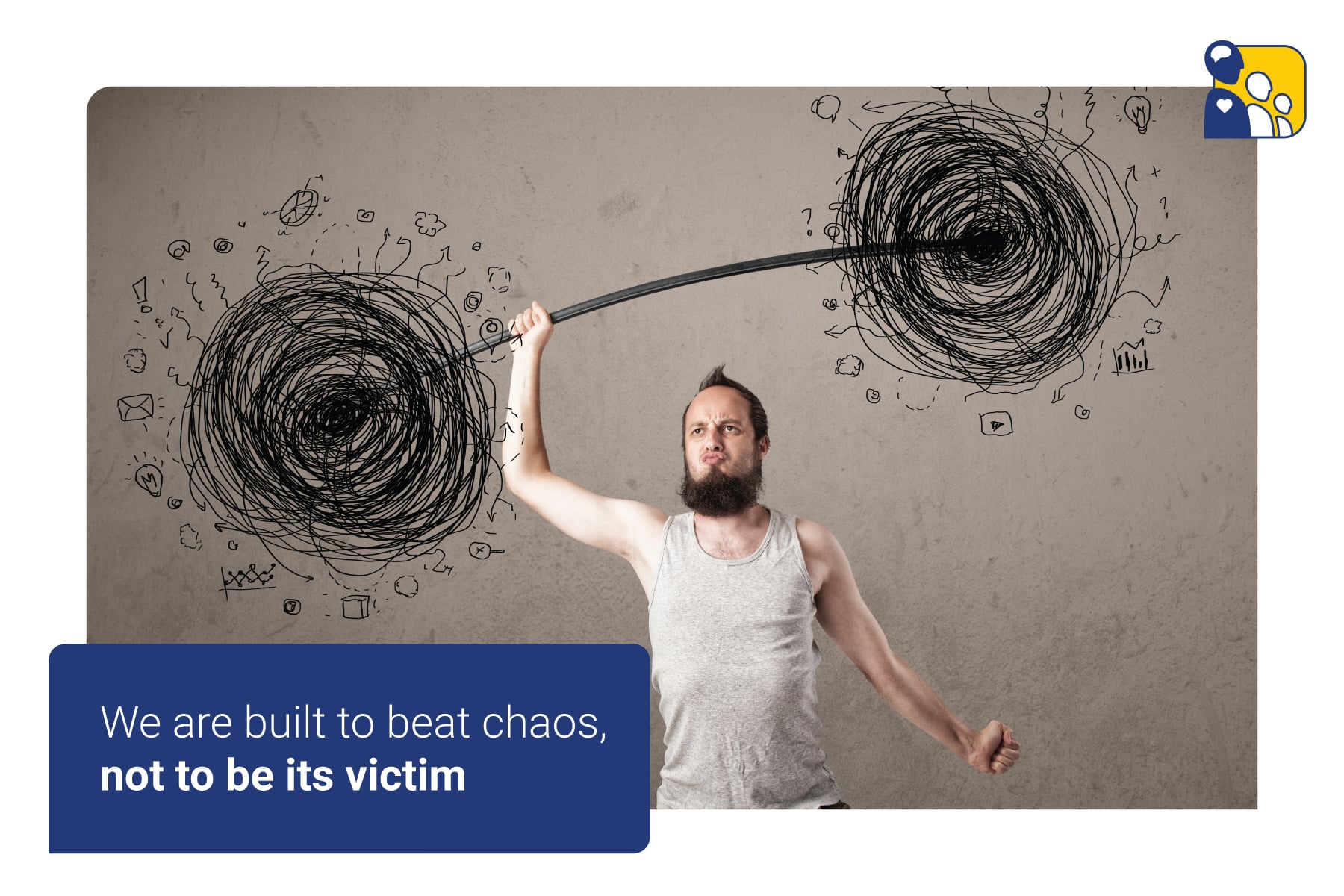 In the story of Noah in the Bible, four interacting components described how we bring order out of chaos. They are – heart, mind, imagination and body. In biblical language, they represent desire, reason, intention and action.

In order for us to have the motivation it takes to have dominion, God has equipped us with incalculable levels of desire for different purposes.

The mind brings reason and wisdom to our desires so they are channeled in constructive ways. When desire and reason interact we gradually form (imagine) an intention. The intention then leads to action. 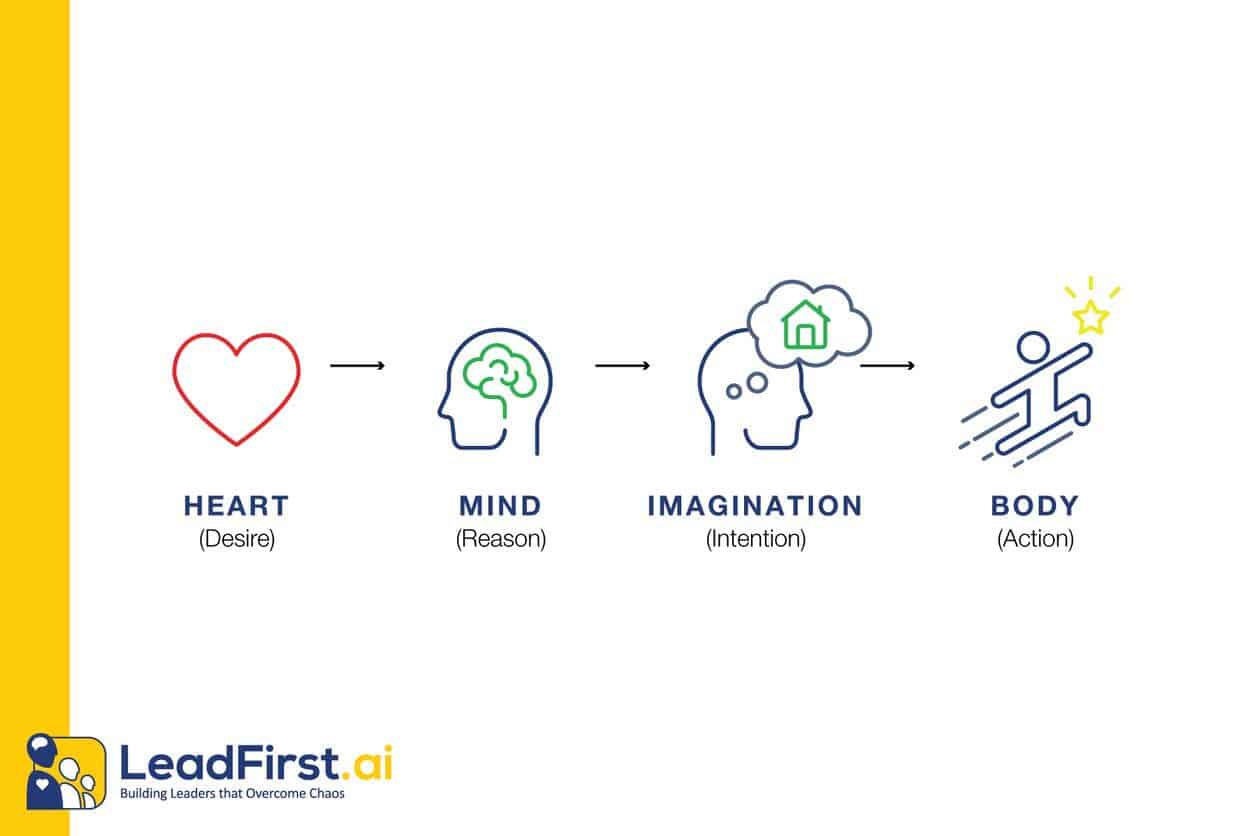 Each of these components interacts constantly. Our reason adjusts our desires, our actions provide feedback to our reason about what works and what doesn’t. This adjusts our intentions.

This four-box model is a simple representation of a much more integrated function. But this simple model helps us understand human behavior.

For example, a few years ago, “Justin” approached me with an idea that he thought would be useful in the business world. At this point, he had a desire, but didn’t know what to do about it. But, he had moved from the desire box to the reason box since he was seeking input about different ways to pursue fulfill his desire.

After discussions with me and others over a period of months, he decided he was going to start a business. This decision represented moving into the “intention” box. Someone called intention the “first creation” meaning a thing has to exist in our mind before we can create it.

Justin then spent the last several years acting on his intention and has built a successful business. Of course, as he acted on his intention he learned things that affected his prior thinking and made adjustments.

Thinking about human behavior this model explains many things. Sometimes people can’t figure out what they want. It takes times and some never figure it out. In these situations, there can be a deep discontent that they cannot define, but it can spill over into their attitude toward all of life.

Others know what they want but don’t know how to get it. They can be blocked by knowledge or resources. This too can cause frustration directed at others who may not support them. Sometimes this anger is directed at a specific person or can just be someone angry “at the world”.

This insight has helped me when I see someone who seems really difficult to be around, to realize that underneath there is some underlying reason they themselves may not even understand. It makes me want to learn more about the motives for people’s actions, rather than judge their actions.

The opposite of these examples are those who have found their place. Their desires, reason, and imagination are aligned with action. These are highly engaged people and know the fulness that God intended when He designed us.

What a privilege it is when you can assist someone to get into this place in their life. This is another reward of biblical leadership.

One part of the creation narrative that I left out has huge ramifications. God stated that to have dominion we must “multiply and fill the earth” to do it. To be what we are created to be we must work with others to do it. This complicates things a great deal!

Remember from the design above that EACH person has their own set of desires, reason, imagination and action.

How do we get all this uniqueness working together?

History teaches that no civilization has done it for more than a few hundred years. We as leaders have to face this brutal fact. 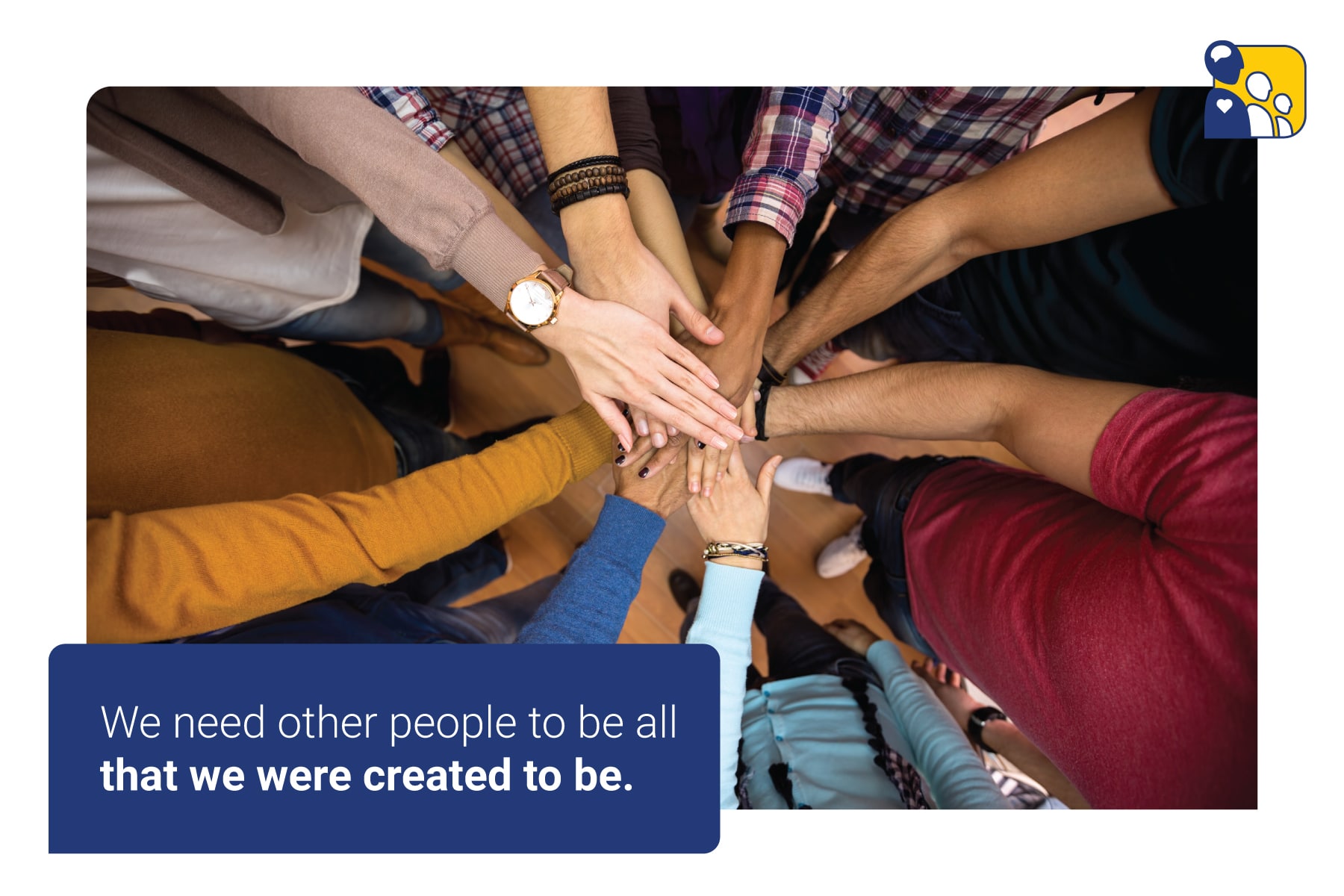 The Bible gives some insight into what it takes. There are 800,000 words in the English Bible, but God says they are all recapped with 25 words: “ Love the Lord your God with all your heart and with all your soul and with all your mind and love your neighbor as yourself.” Matt 22.

It has taken me a lifetime to understand the significance of these twenty-five words in a business setting. (And I think it may be the most challenging principle of all when it comes to biblical leadership.)

This verse is talking about how to achieve the alignment that is essential for human achievement. The word used for love (agape) is not brotherly, family, or sexual love. It is a relationship where you do what’s right for the other person, regardless of whether they reciprocate. It is proactive, not reactive.

This verse has two dimensions of alignment – internal and external.

Internally you have to “love” yourself. You are aided by your belief that God created you and you have value not based on performance, but in who you are. It’s a big journey for most of us.

Next, out of the centeredness of loving yourself, you can love others proactively. It is a mysterious synergy. God initiates love for us by creating us. As we come to accept this, we can love ourselves for who God says we are. This, in turns allows us to love God and to love others.

To apply this in the business world, you need something to align around (purpose). And you need strong relationships where people care both about the purpose AND each other. This caring bond needs to be strong enough to weather the storms of human failure and the external stress of chaos.

As organizations grow, they become more complex. The chart below illustrates that when a team goes from 3 to 25 people, there is an 8X increase in headcount but a 117 X increase in potential interactions among those people.

This leads to the execution paradox, which states that every organization eventually outgrows its own ability to execute. (described in my second book Execution Revolution) 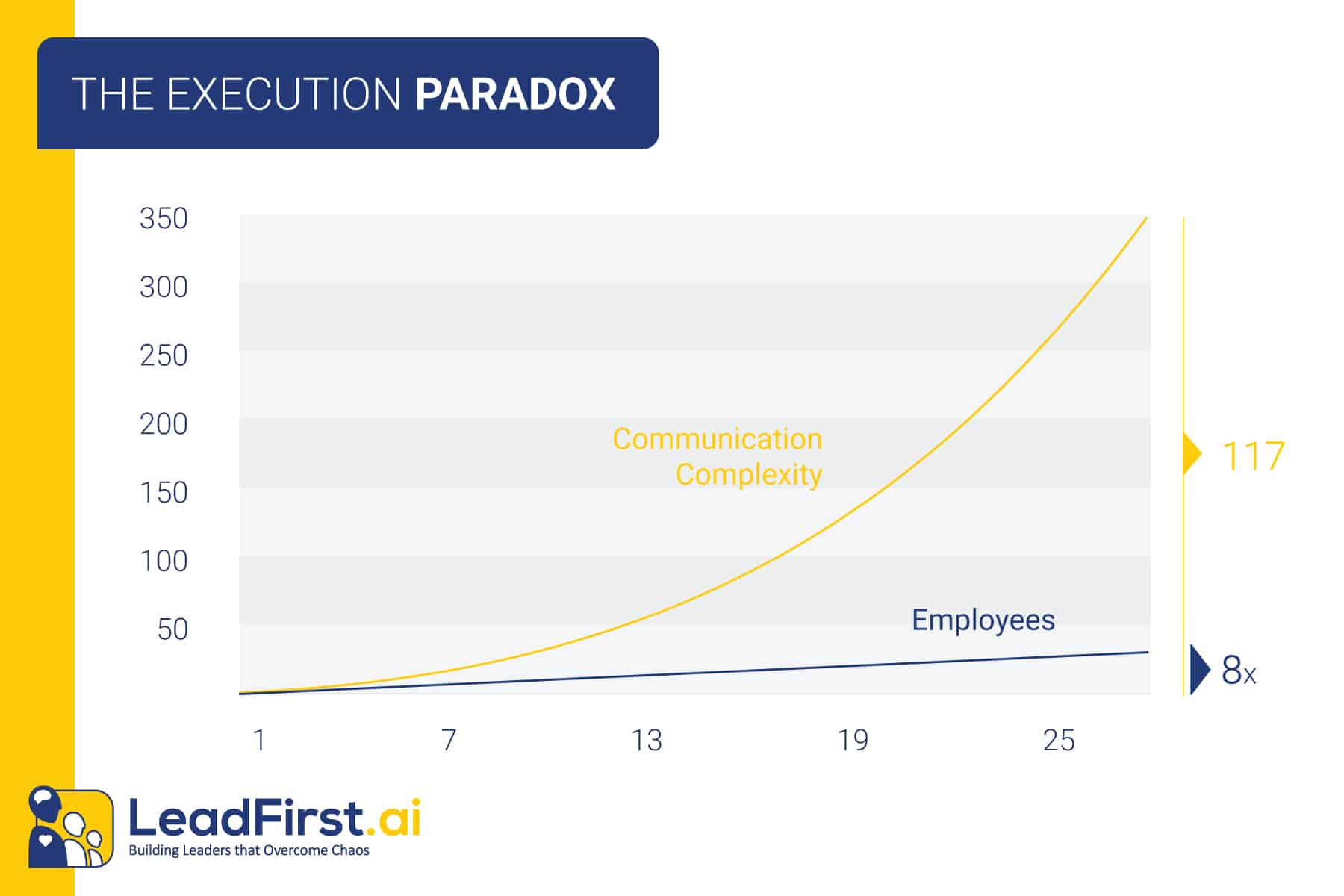 Given that it is difficult to build organizations that sustain unity of purpose and relationships, how do you do it? Biblical leadership wisdom suggests it does not happen just by talking.

People must be taught the concepts and why they matter. But ultimately building an organization where purpose is clear and people care about each other comes by showing people, not telling them.

The Bible refers to this as building disciples. We refer to as mentoring. The way mentoring works is that one individual is mentored by someone else who is further along in their journey. The person mentoring learns even more by mentoring someone else. And that person repeats the process.

This mentoring process is the only way you can build an organization that grows rapidly and still maintains its cohesiveness. The organization must reproduce itself at a pace that keeps up with growth. The alternative is chaos.

The Bible has great encouragement as we lead ourselves or others. When you help people work together to achieve some worthwhile purpose, you are doing what is called “holy” work.

Holiness is often thought of as a ‘church’ or “God” word. It is true that God is holy in ways we will never understand. But there is a human dimension to holiness that the Bible discusses.

It turns out holiness is tied to fulfilling a purpose. To illustrate, the Bible records God declared even tables and garments used in the temple as “holy. God views that things which fulfill His purpose as holy.

From the very beginning, God created people to bring order out of chaos. To invent, create and exercise our desires, minds, intentions, and actions for a purpose of our choosing. God gives us the freedom to choose our purposes, and all of them are not good.

But you can with confidence know that when you help people exercise their God-given abilities to build something that helps others and that enables them to provide for their family you ARE doing holy work.

Be encouraged when you are exhausted on your biblical leadership journey. You are making a difference in the world. Your impact will multiply through the people you serve into the future. 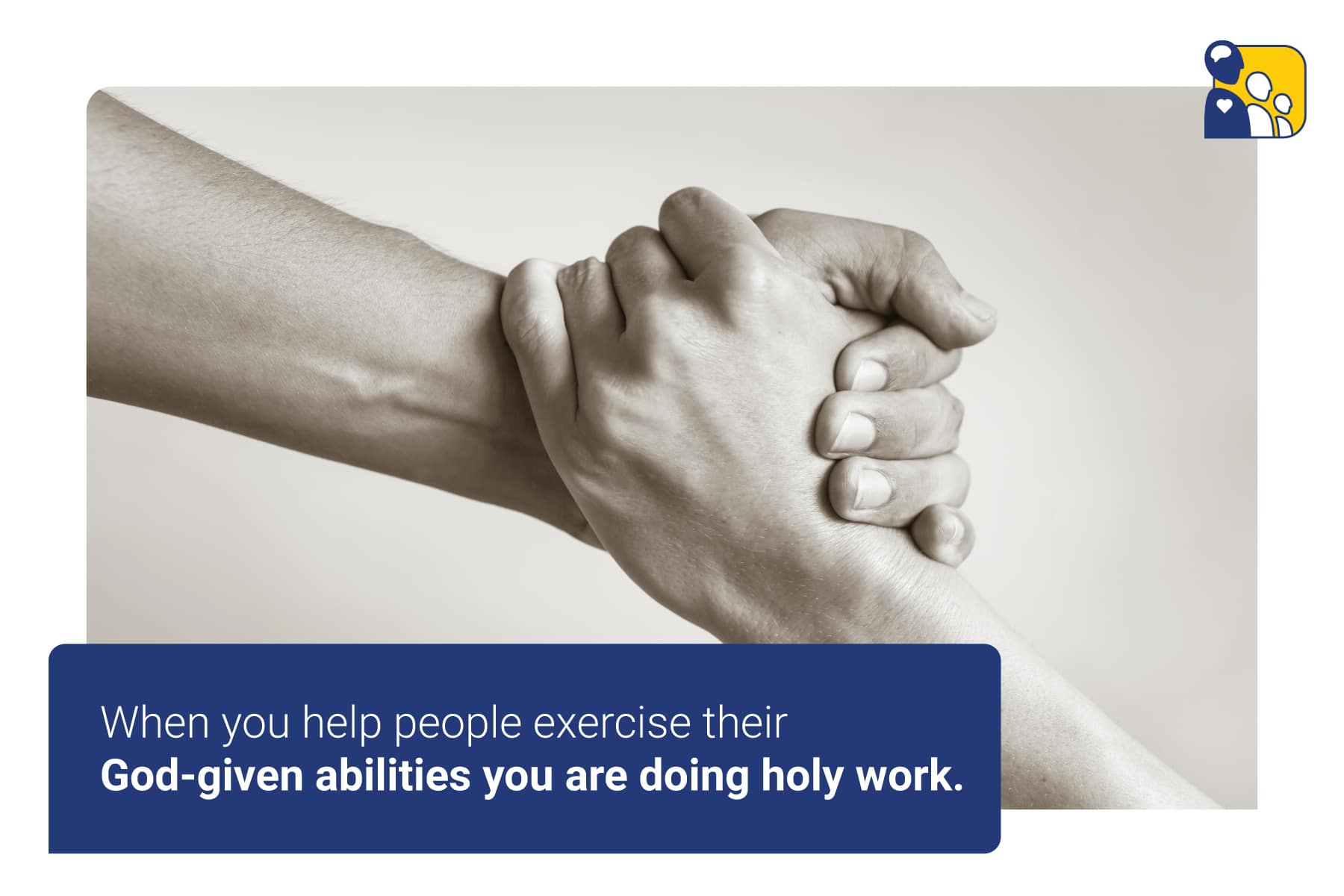 I leave with you with the following insight from a book I wrote on Biblical leadership principles that drills into the topic above more deeply: Built to Beat Chaos, Biblical Wisdom for Leading Yourself and Others:

I am a huge fan of Bill Knapp’s chocolate cake and Cheesecake Factory cake is right up there too.) But consider this. The ingredients of a chocolate cake are flour, sugar, baking soda, salt, and chocolate. Yet none of those ingredients correlate to the taste and experience of eating a piece of that cake. Like the delicious melting of cake in your mouth, there is mystery and surprise when you learn and follow biblical principles in life. The abundance is unexpectedly good and beyond any individual ingredient.

Life is truly the ultimate adventure. The principles in this post are just a few of the wisdom ingredients in life. They become an integral part of your leadership management system. The wonder and joy come from working with others to bake your own cake and taste it as you go!

In Christ, the best is ahead!

P.S. Are you looking for tools to help your leaders bring order out of chaos? I recommend you take a look at LeadFirst – a leadership management system designed to help develop the leaders in your organization.